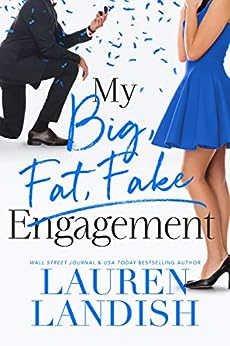 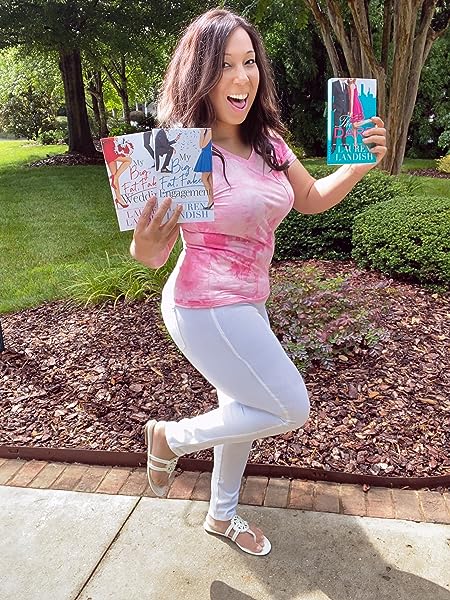 Enter your mobile number or email address below and we'll send you a link to download the free Kindle App. Then you can start reading Kindle books on your smartphone, tablet, or computer - no Kindle device required.

To get the free app, enter your mobile phone number.

Page 1 of 1 Start overPage 1 of 1
This shopping feature will continue to load items when the Enter key is pressed. In order to navigate out of this carousel please use your heading shortcut key to navigate to the next or previous heading.
Back
Next

Sponsored products related to this item

Be the first video

Sponsored products related to this item

4.4 out of 5 stars
4.4 out of 5
600 global ratings
How are ratings calculated?
To calculate the overall star rating and percentage breakdown by star, we don’t use a simple average. Instead, our system considers things like how recent a review is and if the reviewer bought the item on Amazon. It also analyzes reviews to verify trustworthiness.

Top reviews from the United States

Jeeves Reads Romance
TOP 500 REVIEWERVINE VOICE
5.0 out of 5 stars Light and STEAMY
Reviewed in the United States on May 28, 2020
Verified Purchase
My favorite read from Lauren Landish so far? Quite possibly. It's light, steamy, and a lot of fun. Landish knows how to write a rom com, with playful antics and a heavy dose of sexy. This brother's best friend/fake relationship romance is lighthearted and everything you could want from the trope - it's definitely a play on a familiar storyline, but distinctly the author's style. I enjoyed it from start to finish.

The story follows Kaede, a gym owner who is seeking out a business partner to build the brand. When a potential investor hints that the deal will only be sealed if Kaede dates his over the top daughter, Kaede panics and claims he's engaged. The only woman who comes to mind is his best friend's little sister, Courtney. She's considered to be a workaholic and a bit of an ice queen, but neither of those things deters Kaede. He's always found her attractive, but bro code means that she's completely off-limits. But when Courtney agrees to go along with the ruse and her longtime crush on Kaede is exposed, it makes things even more complicated.

I love both fake relationship and brother's best friend romances, so this combination really worked for me. It's low angst and a lot sexy, with more steam than you typically find in a rom com but all of the other things I love about the genre. Landish was able to give the relationship plenty of depth, so while there were a couple of times when I thought the lust was overtaking the story, it settled into a nice, heartwarming read. It moves quickly and stays fun throughout with minimal angst. While this is part of a series, it's easily read as a standalone - though those who are familiar with the series will love the involvement of characters from the previous books. If you're looking for a light, STEAMY rom com, then this is certainly worth a read. I received an ARC via the author (then purchased it for my collection) and am voluntarily leaving a review of this light romance.

Amazon Customer
4.0 out of 5 stars On the fence
Reviewed in the United States on June 1, 2020
Verified Purchase
Loved their story. I would have enjoyed more of them though. It seems we got a lot of talking around them and their encounters but not very much dialogue. We always heard about it from their POVs but very rarely were we able to engage in a conversation with them. It was ENTIRELY too much filler. There was so much going on in scenes where they weren’t together, I found myself skipping through until I got back to them. However, I’m Ready to read about Abi next. Can’t wait to see what her story line will be about.
Read more
14 people found this helpful
Helpful
Comment Report abuse

Carol's keeper
5.0 out of 5 stars My Big Fat Fake Engagement
Reviewed in the United States on May 31, 2020
Verified Purchase
Oh, my, oh my! What a fun, flirty, macho, full of sexy banter between Kaede and Courtney. When something comes up having to do with a business deal involving her Brother Ross and Their friend Kaede, only Courtney is an option to help out Kaede. You will follow in their dilemmas to work thru their issues, but what fun. Loved this story.??
Read more
8 people found this helpful
Helpful
Comment Report abuse

HuggybearC
5.0 out of 5 stars Oh My Goodness! I will be Swooning for days.
Reviewed in the United States on May 31, 2020
Verified Purchase
Oh my Goodness, Lauren has done it again. She has made me sweet and laugh and made my heart melt. I loved Ross and Violets story so I had to buy this book and read about Kaede and Courtney. I loved all the characters in this book. I also loved the story. I couldn’t put it down. This is my favorite couple at this time. I will be swooning for days. It will be hard to find another books to satisfy my swooning meter after this book. I highly recommend this book along with My Big Fat Fake wedding.
Read more
6 people found this helpful
Helpful
Comment Report abuse

Leslie Feneley
5.0 out of 5 stars Brothers best friend
Reviewed in the United States on May 31, 2020
Verified Purchase
Omg I loved this book so much. I love the brothers best friend troup so much. This book did not disappoint. The engagement may have been fake but the chemistry was not. This is one of my favorite reads this year.
Read more
5 people found this helpful
Helpful
Comment Report abuse

Jodi Dees
5.0 out of 5 stars Loved it!
Reviewed in the United States on June 2, 2020
Verified Purchase
Oh my goodness I just loved Kaede and Courtney story!! This book will warm your heart and make you laugh out loud!! From the way they got together all the way to their wedding!! I you want a great read and a wonderful story of two control freak type A people this is the story for you!! I absolutely loved it and would recommend this book to everyone!
Read more
4 people found this helpful
Helpful
Comment Report abuse

Kim H
4.0 out of 5 stars Great characters
Reviewed in the United States on June 8, 2020
Verified Purchase
The main characters in this story, Kaede and Courtney are both hardworking and organized people who each has a slight flaw when it comes to how they feel about
themselves . Even though they have crushed on each other for years, it’s helping a friend out that brings them together. Kaede is Courtney’s brothers best friend and business partner so of course nothing can happen between them.

It’s a fun story and this couple is very likeable. Theres very little angst in this story if you are looking for a relatively happy book. If you have read My Big Fat Fake Wedding you get to reunite with those characters who are also play big parts in this book.
Read more
2 people found this helpful
Helpful
Comment Report abuse

Kindle Customer
5.0 out of 5 stars Awesome book!!
Reviewed in the United States on June 1, 2020
Verified Purchase
I really loved reading this book!! The story is wonderfully told! Courtney is known as the Ice Queen. Keade is her brothers best friend and business partner that she has had a crush on forever. When he ask her to be fake engaged, she is all in! Their story is heartwarming and funny!
Read more
3 people found this helpful
Helpful
Comment Report abuse
See all reviews

Top reviews from other countries

melinda swaine
5.0 out of 5 stars I’ve never been so sad to see, the end!! Well done Lauren Landish on another spectacular book!!
Reviewed in the United Kingdom on June 16, 2020
Verified Purchase
This story will have you smiling, laughing and swooning from the moment you open the book. Seriously, you won’t want to stop. I’ve never been so sad to see, the end!! So much fun! This is a cute, funny, sexy story! Had just the right balance of sweet, sexy, fun and spicy read! Pure entertainment! I loved this book and series, can’t wait for Abi’s book to come out. I also absolutely adore Lauren’s beautifully crafted stories, her characters are so likeable. I never feel disappointed with her books, they always catch my attention 100% and I find her wonderful descriptive writing so enjoyable to read. Well done Lauren Landish on another spectacular book. Totally deserves more than the five stars ?? I can give. So do yourself a favour and pick up this romcom, it will definitely make you smile and brighten up your day. Happy reading everyone!!
Read more
3 people found this helpful
Report abuse

Sarah
5.0 out of 5 stars A must read.
Reviewed in the United Kingdom on June 5, 2020
Verified Purchase
This brothers best friend/fake fiancé rom com is a well written, sweet emotional read, that will also have you laughing out loud. This book has great characters, family drama, secret crushes and plenty of steam! I’m really hoping to hear more about certain secondary characters in future books. I highly recommend this as a must read.
Read more
4 people found this helpful
Report abuse

Kindle Customer
5.0 out of 5 stars Reality bites!
Reviewed in the United Kingdom on June 8, 2020
Verified Purchase
Kaede and Ross have been best friends for years and have a gym business together. During a meeting with a new investor Kaede is shocked when the investors daughter tries to hook up with him. In a panic he blurted that he was engaged and when pressed, tells them it's Courtney, Ross's sister! Courtney and Kaede have liked each other for years but not acted on it due to Ross and the 'bro code'. Their fake engagement gets them to admit their feelings and the chemistry is off the charts! Secrets, espionage and the truth all pop out and create a read that entertains entices. Another great read by Lauren!
Read more
Report abuse

sue donaghy
4.0 out of 5 stars Easy read
Reviewed in the United Kingdom on August 13, 2020
Verified Purchase
I suppose it's a lot like other books I've read. Brothers best friend falls for the sister and vice versa.
One thinking they are not good enough due to lack of money. A fake engagement for a business deal brings them together.
Read more
Report abuse

Nicky Corbett
5.0 out of 5 stars Loved it.
Reviewed in the United Kingdom on June 13, 2020
Verified Purchase
Loved this feel good book from start to finish. Well written and thoroughly enjoyable. Courtney and Kaede Kept me wanting to turn the pages and not put it down. My first book by this author but not the last I realised I’ve read out of order so have just downloaded my big fat fake wedding and can’t wait to get started.
Read more
Report abuse
See all reviews

Page 1 of 1 Start overPage 1 of 1
This shopping feature will continue to load items when the Enter key is pressed. In order to navigate out of this carousel please use your heading shortcut key to navigate to the next or previous heading.
Back
Next

Page 1 of 1 Start overPage 1 of 1
This shopping feature will continue to load items when the Enter key is pressed. In order to navigate out of this carousel please use your heading shortcut key to navigate to the next or previous heading.
Back
Next
Report an issue